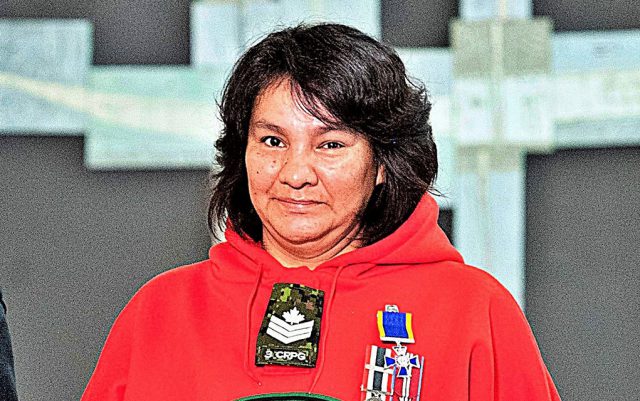 Canadian Rangers in a remote Northern Ontario First Nation quickly organized a successful search and rescue mission after a boat engine broke down and left two hunters stranded in the wilderness.

The hunters were a 51-year old father and his 22-year-old son. The father requires daily medicine for a medical condition and he did not have it with him.

The two men are both from Bearskin Lake First Nation, a small and remote Oji-Cree community 625 kilometers north of Thunder Bay.

The men left Bearskin Lake on Wednesday in a boat that was known to have occasional engine troubles to a place on the Severn River known as Tommy’s Cabin to hunt for moose. The cabin is about 26 kilometers northeast of Bearskin Lake.

When the men failed to return to the community as expected family and friends alerted the Bearskin Lake Canadian Ranger patrol. The Canadian Army authorized the Rangers, who are part-time army reservists, to go the rescue of the two men.

Master Corporal Randy Fiddler, accompanied by Archie McKay, a civilian volunteer, left Bearskin Lake by boat and arrived at the cabin site in less than two hours. “The engine on their boat had broken down and they could not fix it,” he said. “The father was all right without his medicine. They were happy to see   us. They were expecting the Rangers would come looking for them when they were overdue.

“Yes, it makes you feel good when you can help people like this. I’ve been a Ranger for about 15 years and I’ve lost count of the rescues I’ve done.”

He said Archie McKay, the civilian volunteer who went on the rescue with him is a former Ranger as is the rescued father.  “I think his son was a Junior Canadian Ranger when he was younger as well,” Master Corporal Fiddler said.

Sergeant Linda Kamenawatamin, the Ranger patrol commander in Bearskin Lake, manned the temporary command post established in the community for the rescue. “The rescue shows how useful the Rangers can be to a community.” She said. “It all worked out well.”

By: Peter Moon
Sergeant Peter Moon is a Ranger with the 3rd Canadian Ranger Patrol Group at Canadian Forces Base Borden.