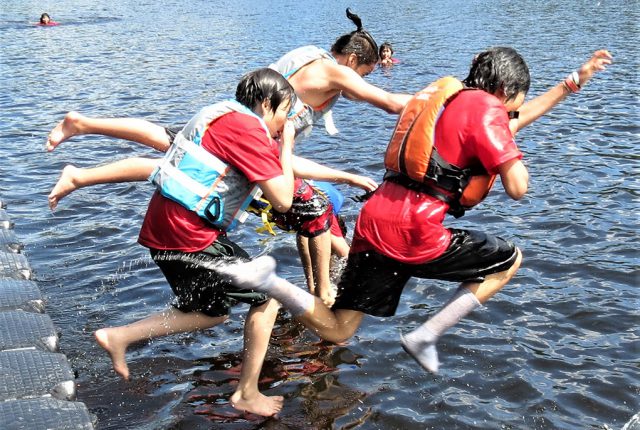 After being cancelled for each of the last two summers because of the COVID-19 pandemic, Camp Loon, the popular Junior Canadian Ranger camp that provides a week of advanced leadership training, will be held again this summer.

“Camp Loon is a go,” said Lieutenant-Colonel Shane McArthur, the Canadian Army officer who runs the Canadian Ranger program in Northern Ontario. “We are looking at having 75 to 100 Junior Rangers at the camp with training from 18 to 22 July. We’re excited it is going to happen again this summer. We are looking forward to it.”

The camp is held in the bush on Springwater Lake, 50 kilometers north of Geraldton. The first Camp Loon was held in 2000 at Constance Lake First Nation and later at several other First Nations before being held for the last several years near Geraldton.

This year’s camp will be more austere or simple than past camps, LCol McArthur said, and the number of Junior Rangers attending it will be less than usual. “But we’re going to make sure the Junior Rangers have a great time, enjoy themselves, and learn some valuable life skills. And, more importantly, they’ll be happy that they came to the camp.”

The camp provides selected Junior Rangers with a range of activities that are not normally available to them in their small communities. They include specialized instruction with air rifles, boating, mountain biking, driving all-terrain vehicles, first aid, and traditional arts and crafts. The camp emphasizes the importance of safety on the land and water and in personal lifestyles.

COVID-19 forced the army to suspend Junior Ranger training in the First Nations. It recently restarted in Northern Ontario. “We are not exactly back to normal but we are trying to get back to normal training,” said LCol McArthur. “We have a huge amount of support from the chiefs. They’re happy we have restarted training in their communities and that we are holding Camp Loon again this summer.”

The tent camp will be run by a staff of more than 60, made up of Canadian Rangers, who are part-time army reservists, other full- and part-time military personnel, and civilian volunteers. Meals will be provided by a mobile military field kitchen.

Sergeant Peter Moon is a Ranger with the 3rd Canadian Ranger Patrol Group at Canadian Forces Base Borden.