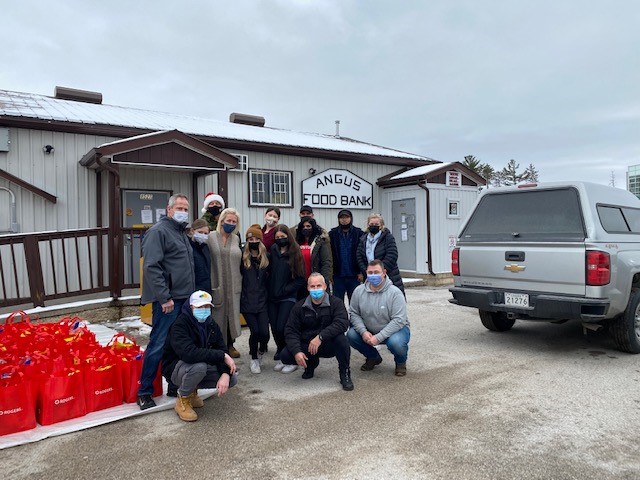 Members of the Canadian Forces School of Aerospace Technology & Engineering (CFSATE) continued the spirit of giving by helping pack and deliver 200 turkey dinners to the Angus and Barrie Food Banks just in time for Christmas.

The donation came from Bokkie’s Biltong, a butcher shop in Barrie, who announced the donation at the CFSATE staff vs student charity hockey game on 2 December. The game served as a food drive and fundraiser for the Angus Food Bank, which serves about 100 families each month. The generous donation from Bokkie’s Biltong was more than the need locally, so the other 100 turkey dinners were offered to the neighbouring city of Barrie to support more families in need. 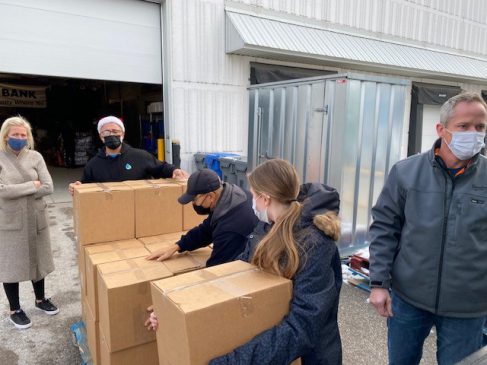 Volunteers were kept to a minimum to maintain public health measures, packing, loading, and delivering the meals in military vehicles for transport on 21 December. Despite military members being on leave for the holidays, organizers were turning people away who wanted to lend a hand.

“This was such an amazing opportunity to unite the community between a small family run business, the military personnel, and the food banks supporting the less fortunate families in the areas,” said MWO Matthew Houtby, AERE SQN Superintendent, CFSATE.